Nepal has banned children from travelling without parents or approved guardians to deter human traffickers who authorities fear are targeting vulnerable families after recent devastating earthquakes.

Hundreds of thousands of families lost their homes in Nepal after two large earthquakes struck on April 25 and May 12.

The twin disasters killed more than 8,600 people and raised concerns among rights groups that trafficking rings in the region were taking advantage of the chaos.

On Monday, hundreds of Nepalis gathered at the ruins of a 19th-century tower in Kathmandu to mark one month since the first quake.

Children under the aged of 16 would not be permitted to travel outside their home district without a parent or another adult approved by the district's Child Welfare Board, a senior official said.

"If strangers are found travelling with children, they will be under the watch of police," Radhika Aryal from the Ministry of Women, Children and Social Welfare said.

"All district officials and police units across the country have been asked to remain on high alert on this."

International adoption of children from Nepal would also not be permitted for the next three months, Kiran Rupakheti, another official from the ministry said.

The cautionary measures come a week after authorities found dozens of children from earthquake-struck areas travelling with strangers under suspicious circumstances, officials said.

Tarak Dhital from the government's Central Child Welfare Board said 64 children from Dolakha and Dhading districts, both of which were devastated by the earthquakes, were now under the care of a registered children's home.

Police arrested two Indian and three Nepali adults who were travelling with 11 of the children, who were aged between 10 and 12, from Dolakha to Kathmandu without the required papers.

"We are investigating if this is a case of trafficking," police official Dan Bahadur Karki said.

Reports of suspected trafficking since the quakes have so far been limited, considering the scale of destruction and Nepal's long-running struggle to reign in human traffickers operating in its borders.

Thousands of Nepali children and women are trafficked into India every year to work in brothels and as child labourers, activists say.

"After the earthquake, traffickers' groups could become very active targeting parents who have lost their homes to send their children with them promising education or a better life," Krishna Thapa from the rights group Voice of Children said.
No comments:

Enacted by Parliament in the Twenty Seventh year of the reign of Late King Birendra Bir Bikram Shah Dev. An Act made to provide for the regulation of building construction works
Full document link. 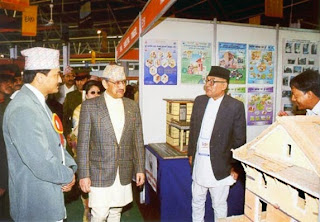 On July 2009, Khowpa Engineering College along with K.D. Associates (P) Ltd. released a document titled Recommendation for Update of Nepal National Building Code Final Report. This document was released as per The Government of Nepal Ministry of Physical Planning and Works Earthquake Risk Reduction and Recovery Preparedness Programme for Nepal (UNDP/ERRRP-Project: NEP/07/010)

The ―Earthquake Risk Reduction and Recovery Preparedness Programme for South Asian Region‖ is supported by the Government of Japan under a grant assistance for disaster prevention and disaster reconstruction contributed through the United Nations Development Programme (UNDP). The Project is designed to seek regional cooperation through sharing of knowledge and experience in Disaster Management and to utilize the knowledge of recent Earthquake Engineering

Link to the full document 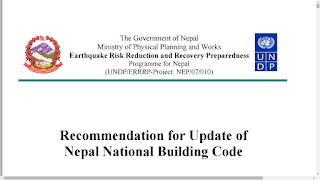 Help from the internet, save lives

Here is how you can help the earthquake victims of Nepal by using Tomnod a tool for tagging satellite images, please log in and follow the instructions as shown in the video. Remember no help is small.. you tagging one house can help identify a building that has not been seen by the rescuers.. do try to spend your time here.. know that.. you are saving lives..
Thank you for your efforts.
http://www.tomnod.com/campaign/nepal_earthquake_2015

The country was preparing for destruction.. plans were being made so as to what to do if we were hit.. but we got hit real bad.. and real big.. we just were not ready.. but we have now learnt important lessons. Please review National Disaster Response Framework 2013 to see how the government wants to respond to disasters and how this document helps all concerned bodies to act accordingly.
2 comments:

Government Press Release of 18 and 19 Baisakh

The government has released a statement on Baisakh 19 stating that the aiding and rescuing works are being carried out and that the international agencies have been helping the government. The death toll os 7040 including 9 armymen and four policemen. 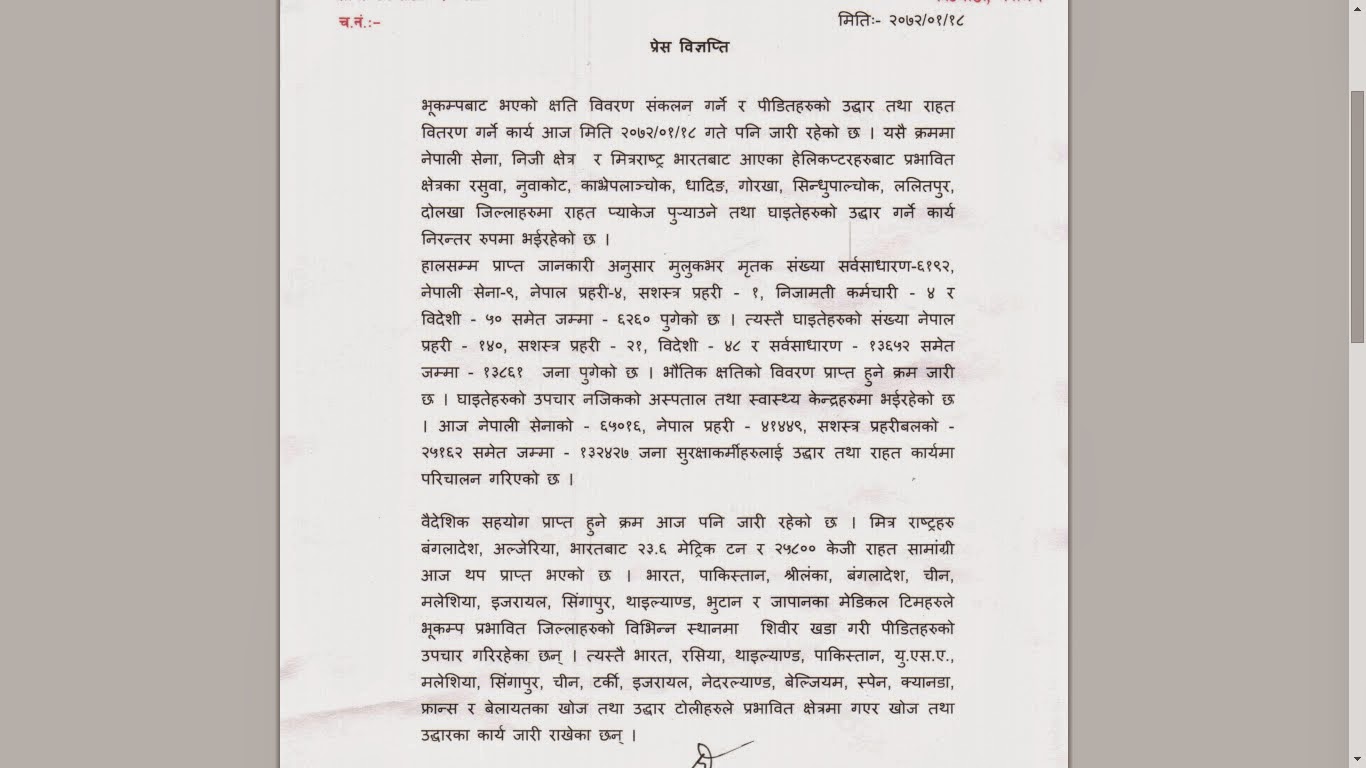 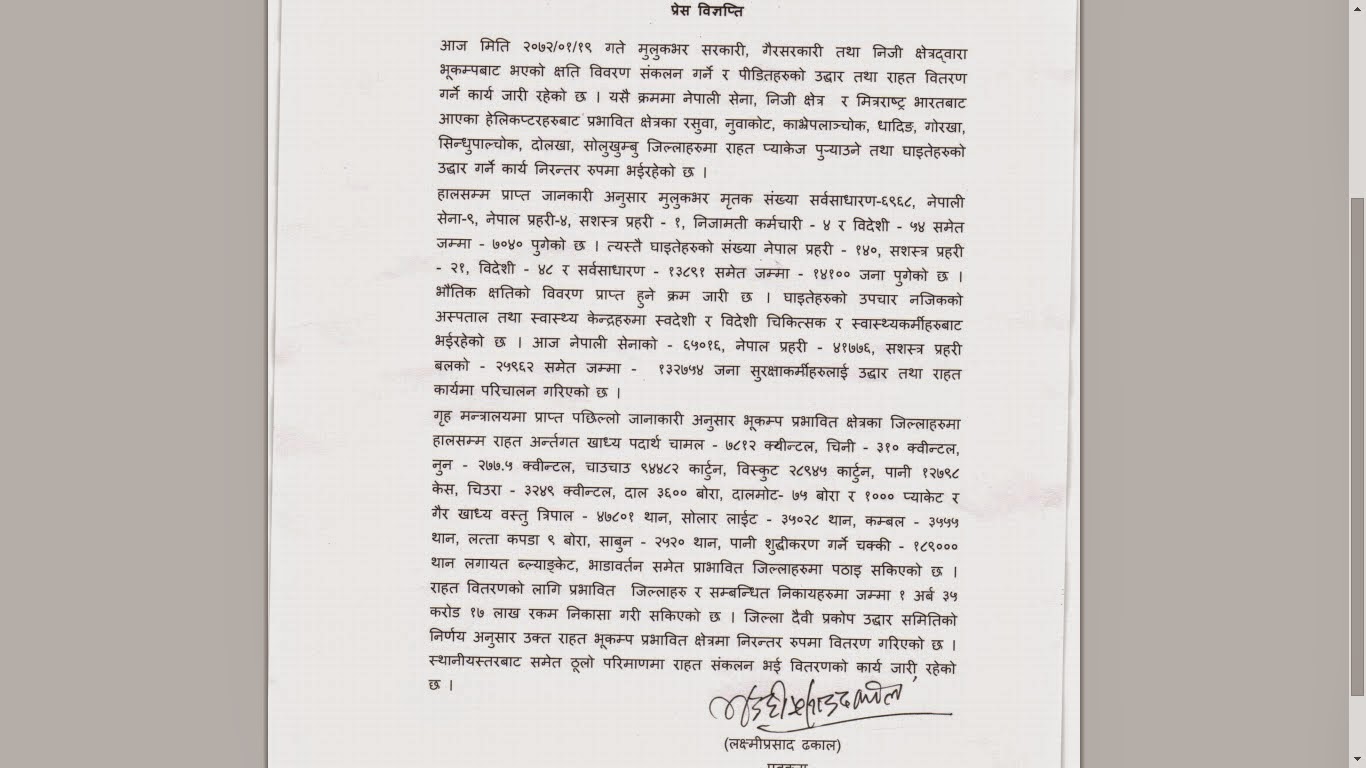 The government has issued a national strategic action plan on search and rescue on 2013 it can be found here To shed light on the issue when the media is only blabbering ill about the government.. Nepal was trying its best.. we all are.. we do not want any of our brothers and sisters to suffer.. people need to understand that. We need to stop complaining and start working.
No comments:

The government has made the list of government official working in the devasted areas.. sopeople who are rushing to help, please contact them and help those in need.. you contacting them enusres that the relief is evenly distributed and to those in need. Thank you for your efforts.. 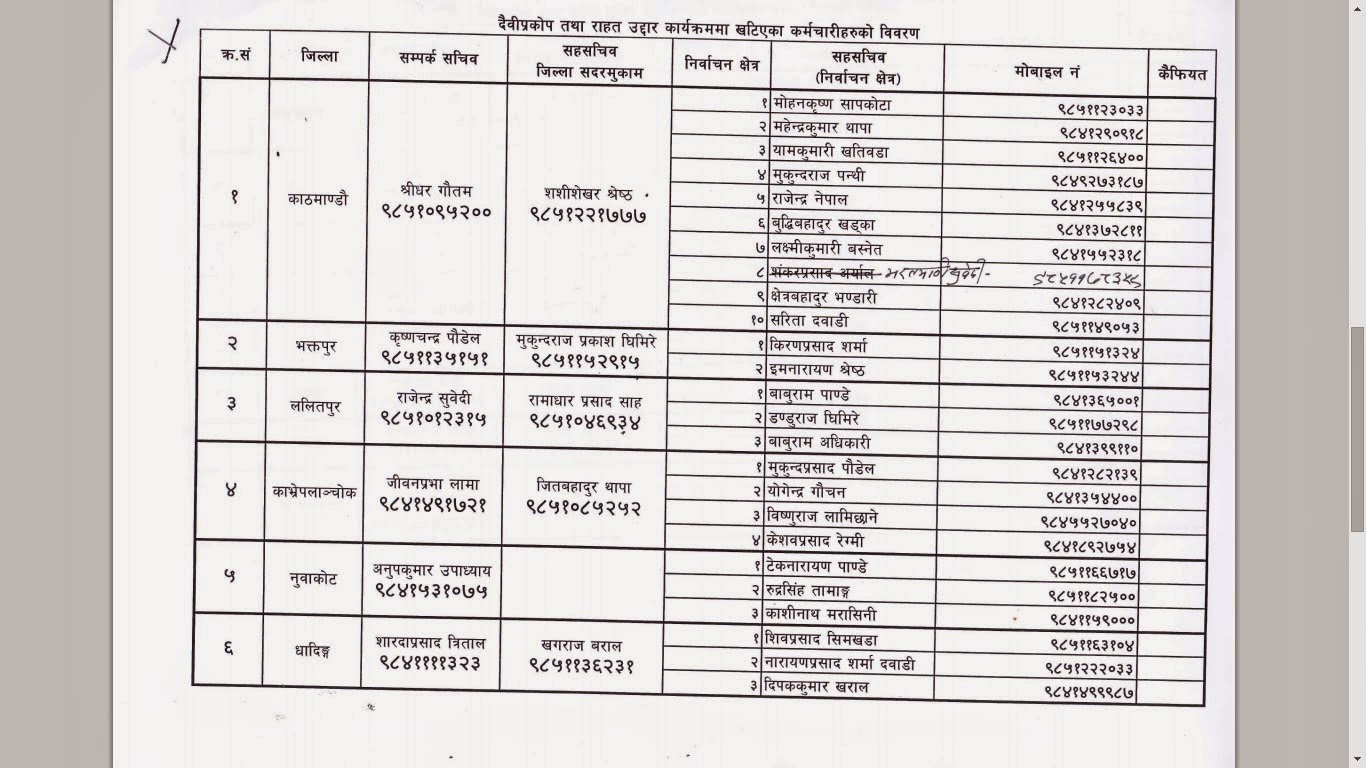 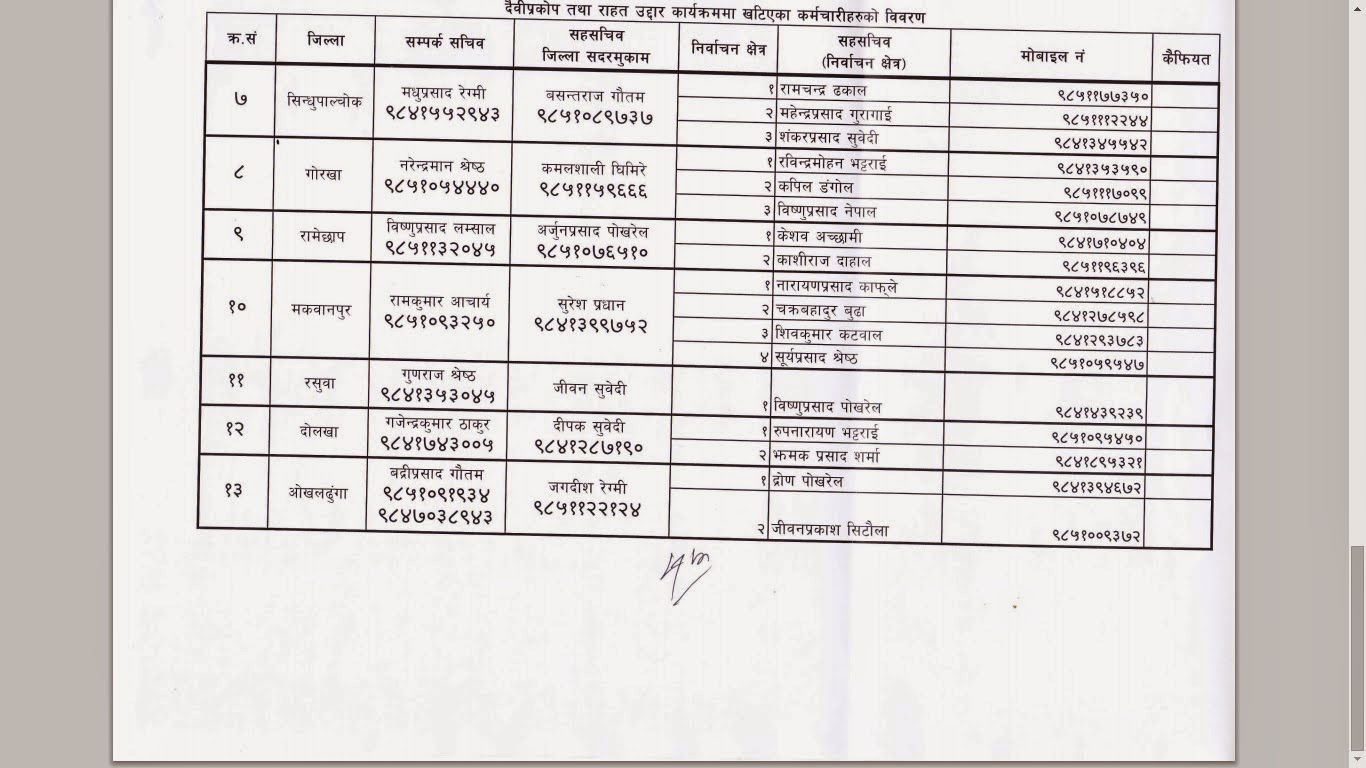 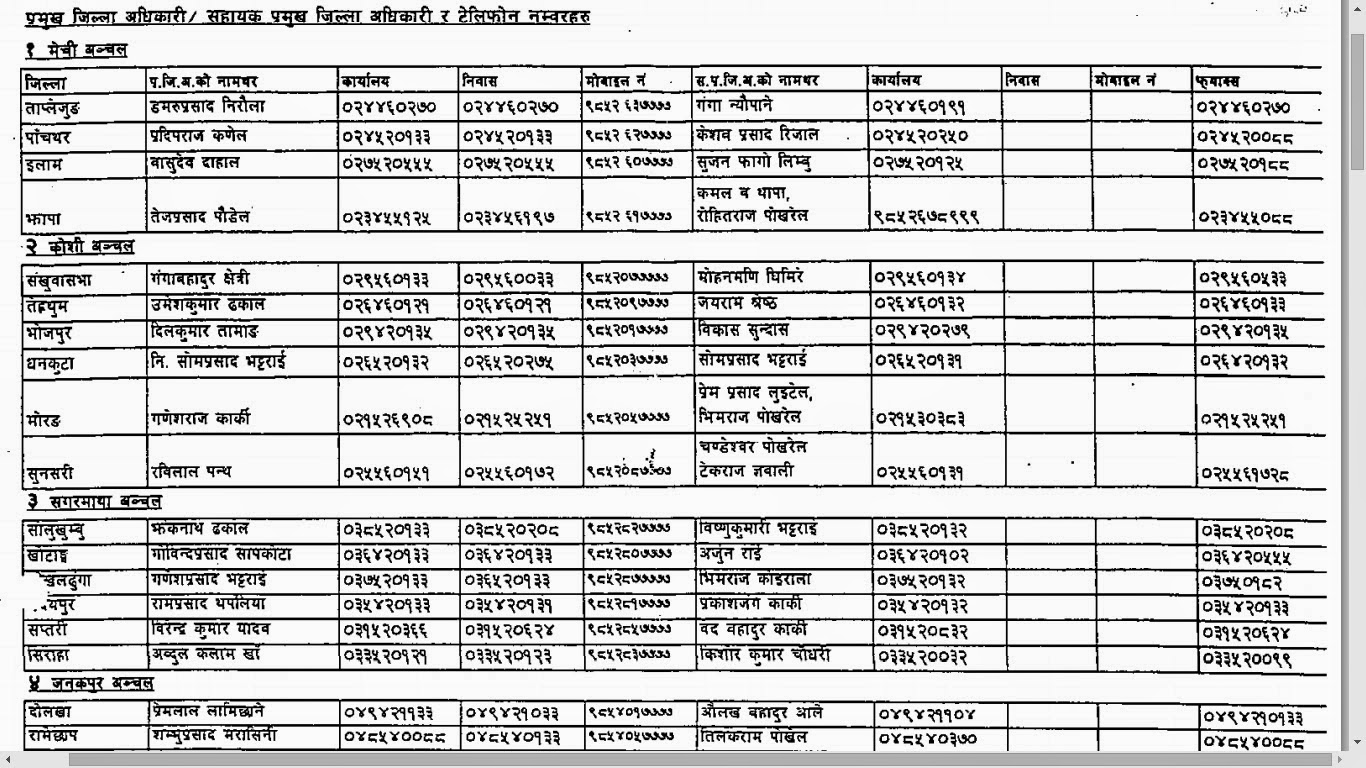 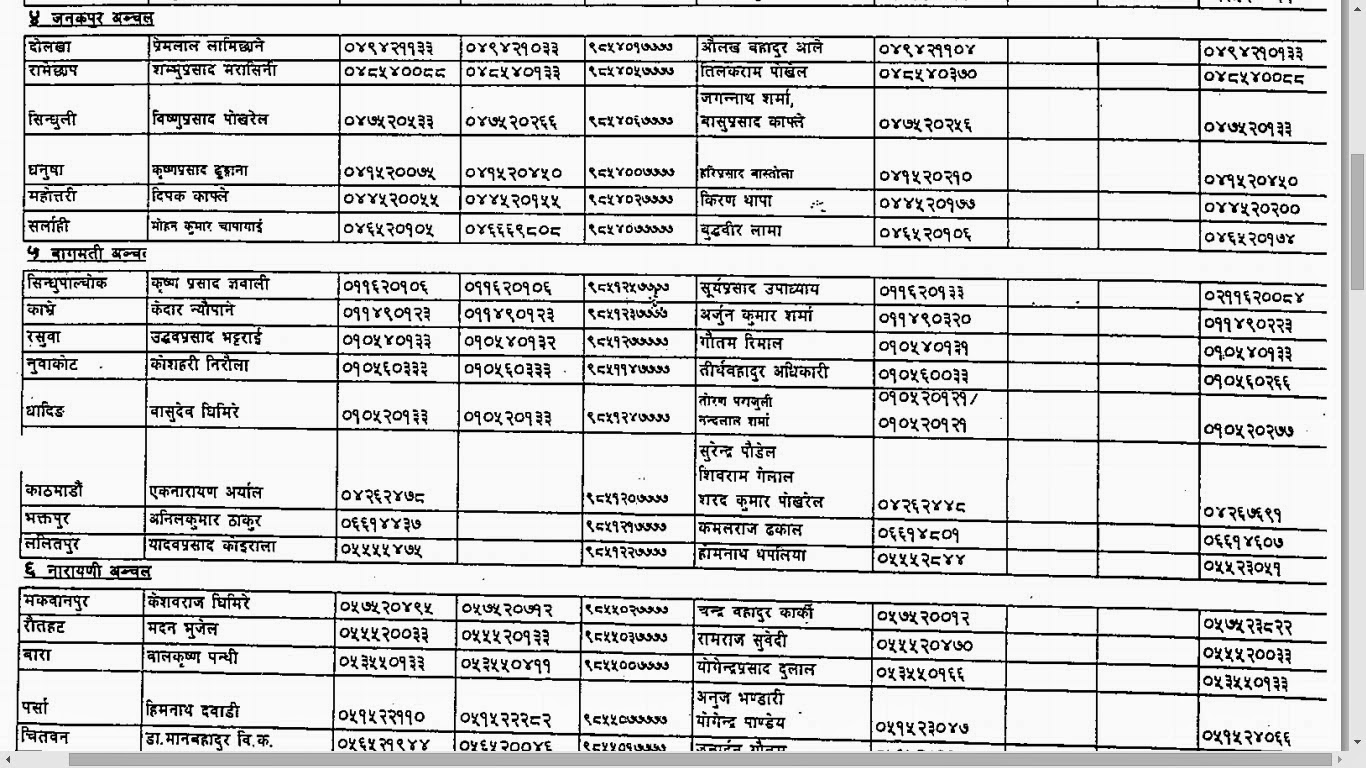 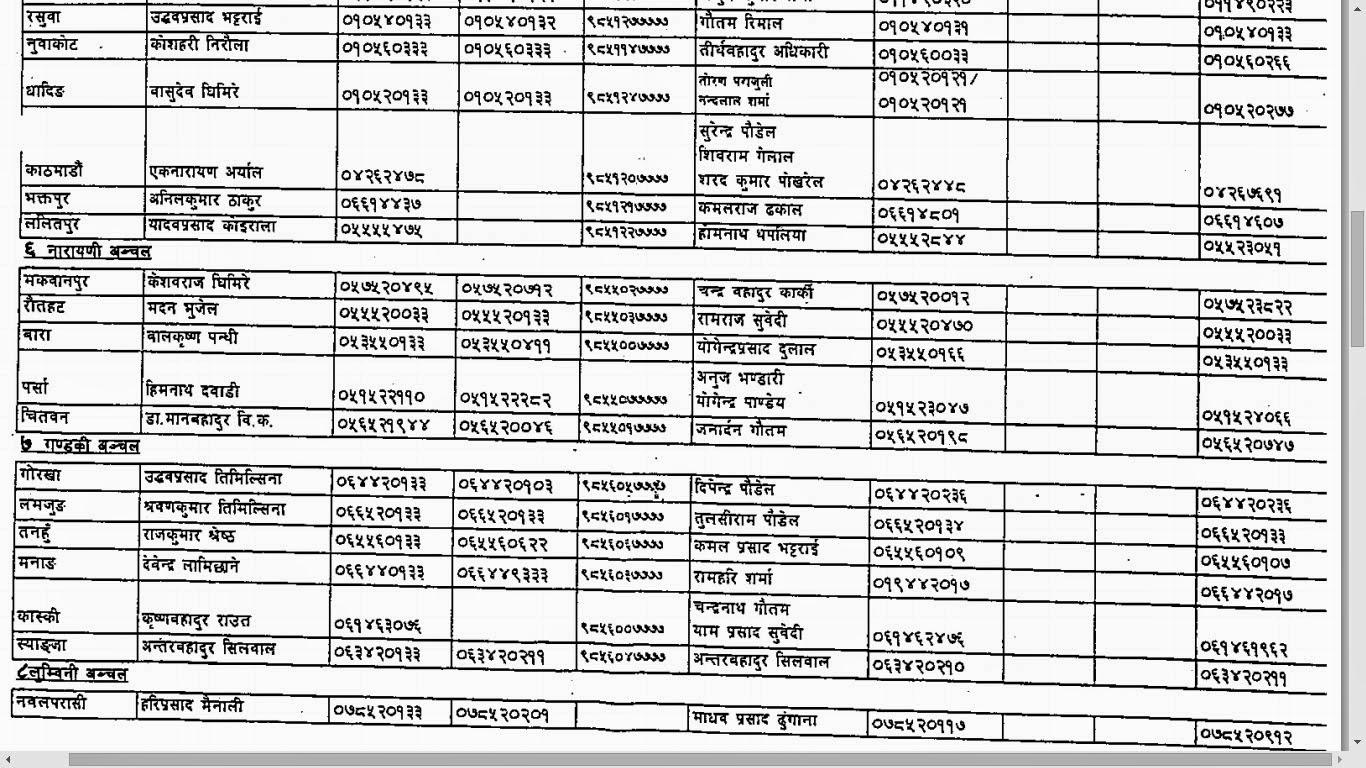 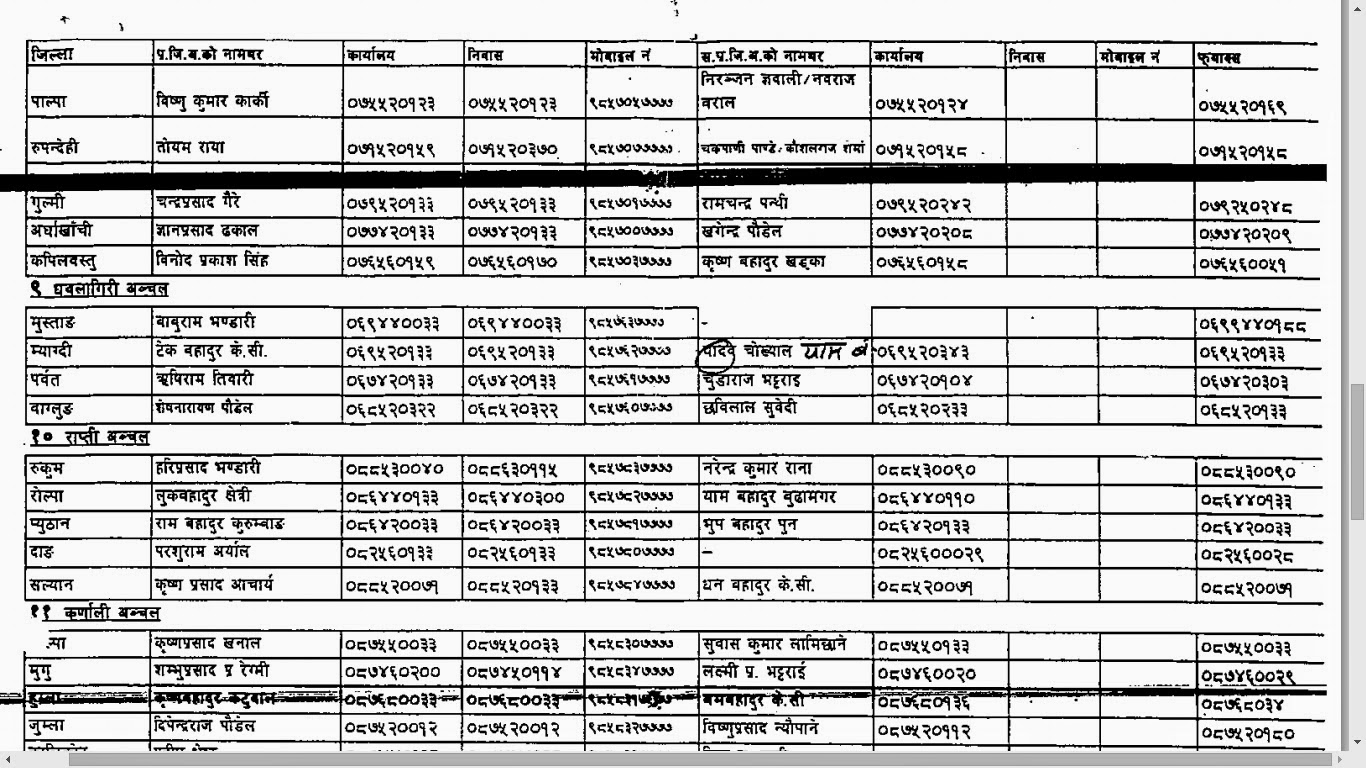 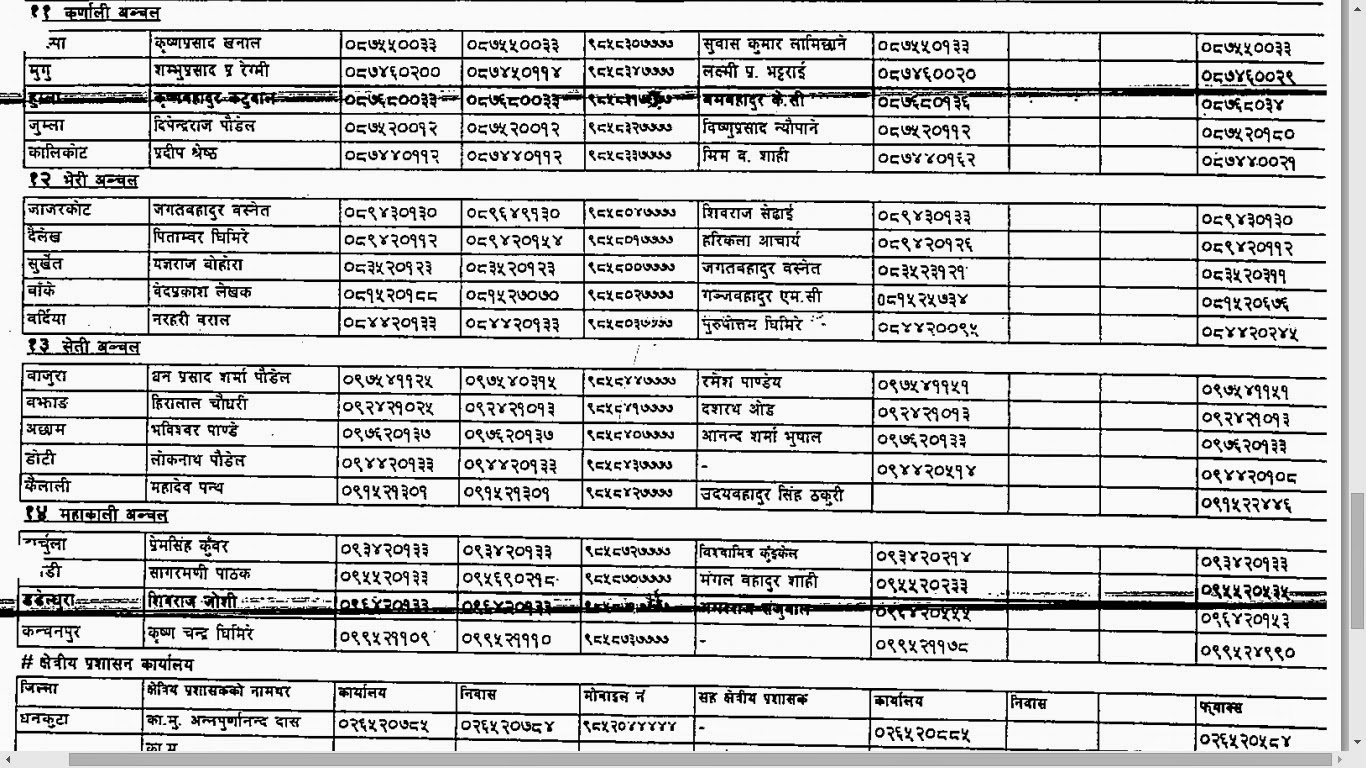 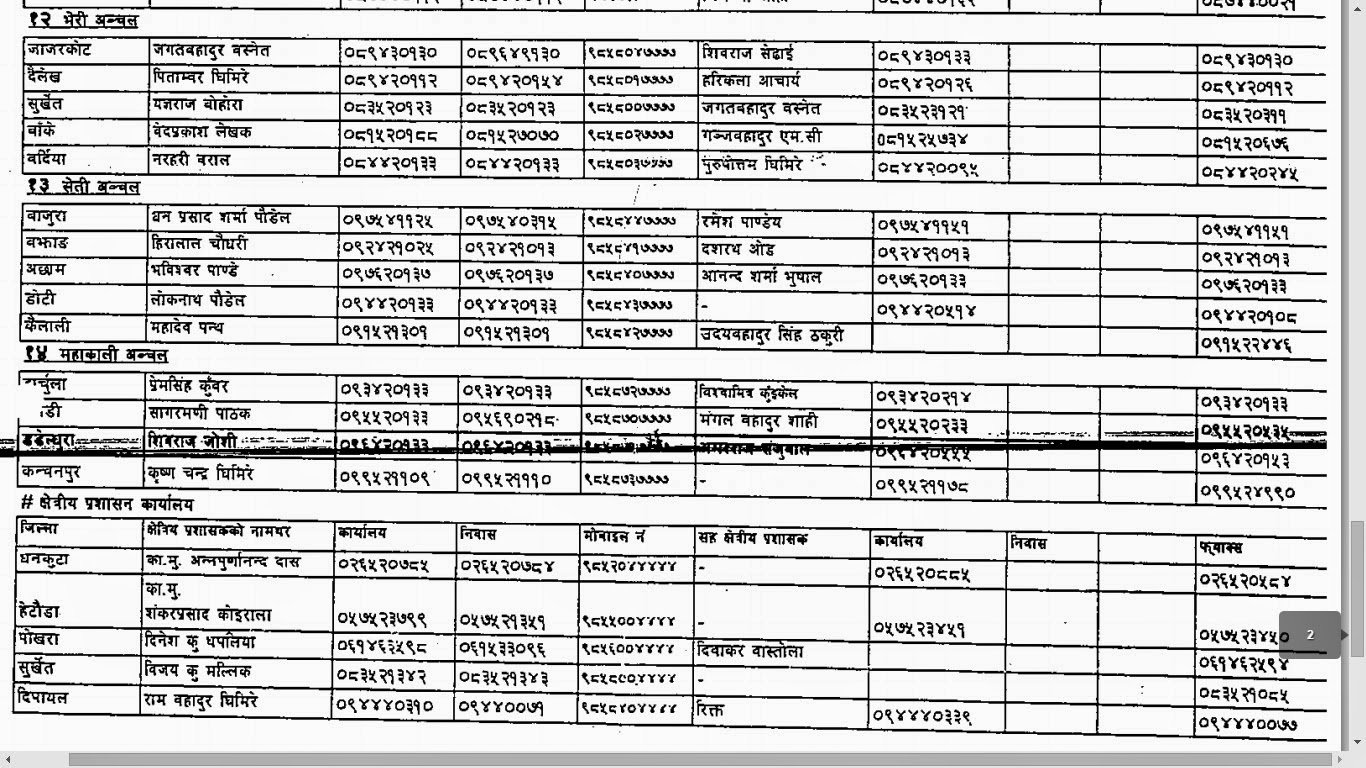